Siófok is a city in the south of Hungary located on the banks of the Balaton Lake. It is known as Balaton Lake’s Capital and is a popular tourist destination due to its mild climate. The city lies 106 km from Budapest and has a rich historical tradition.

Even in ancient times the population was diverse – during the Roman and the Neolithic periods. The name as we know it today has been used starting 1790.

In 1552 the village experienced a change of fortunes when it became the basis for the Hungarian Airforce and for a fortified army phalanx. Another change of fortunes occurred between 1834 and 1865 when railway lines were laid and 200 homes and 1500 residents were allowed to hold a marketplace in the village. The city became known as a marketplace city. The bustling lifestyle in Siófok  lead to the creation of a resort for artists, actors and the upper-middle class from the cities of Budapest, Karinthy.  At the end of World War II the city lost its popularity for residence but in 1948 it began to recover and developed into a tourist resort for union members who spurred a revival of hotels and cabins. Today Siófok  is one of the most important tourist centers in Hungary. 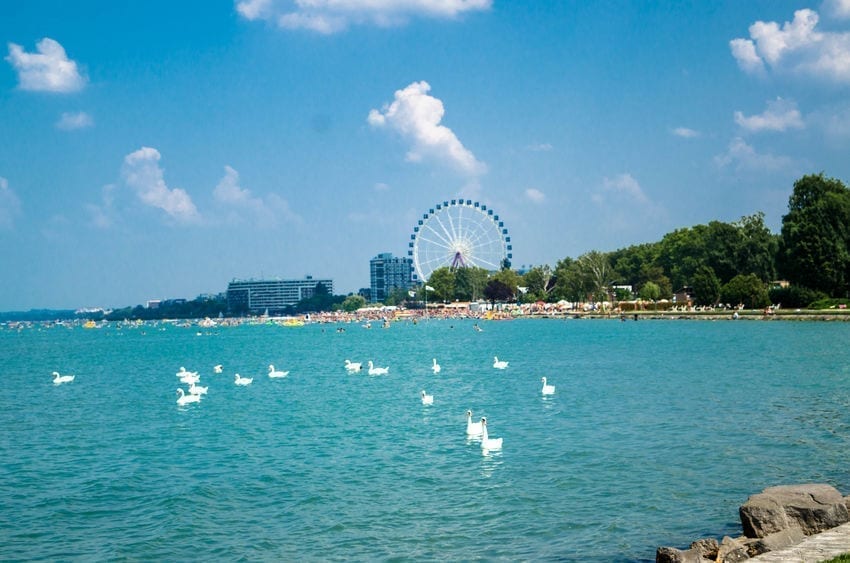